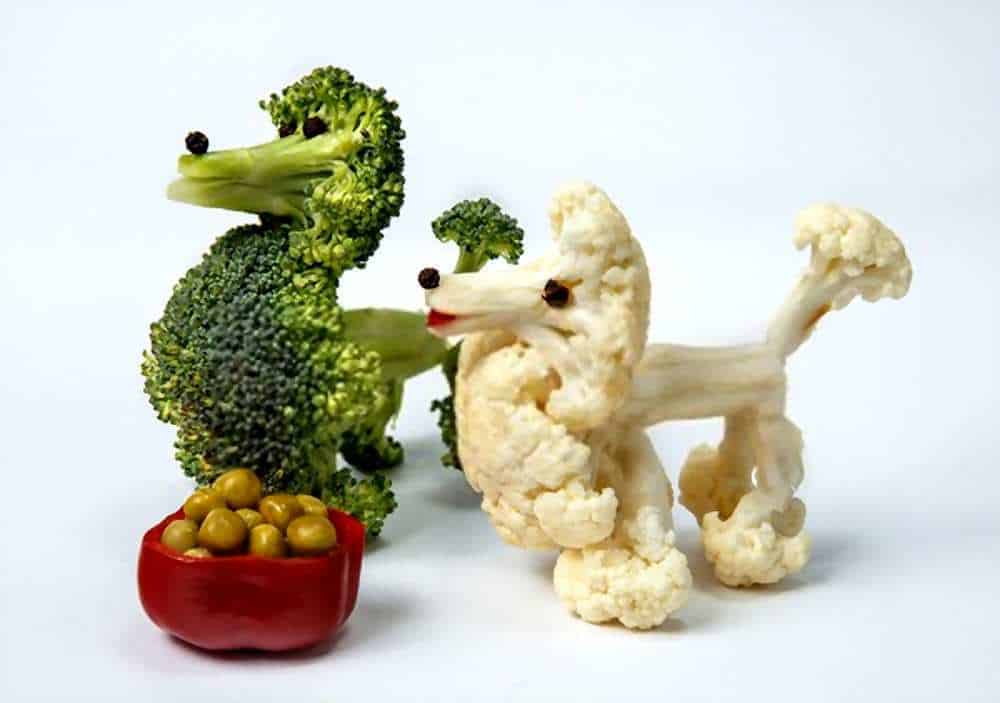 In recent years, cauliflower has emerged as a superfood. Formerly, it was mostly used to add texture to salads or boost the nutritional content of side dishes.

Nowadays, cauliflower is a great, low-carb alternative to starches like rice, pizza crust, and potatoes, allowing us to recreate the foods we love without compromising our waistlines. Fruits and vegetables in general are important sources of vital nutrients, and whatever’s good for humans tends to be good for dogs—most of the time, at least.

Cauliflower isn’t toxic to dogs, so they can eat them relatively safely. However, that doesn’t mean you would want to give your dog cauliflower all the time.

Cauliflower is a great source of fiber, antioxidants, vitamin C, and almost every other vitamin and mineral needed to sustain human life. It can be eaten raw or cooked, is mild in flavor, and can be found in any grocery store. Cauliflower also has a very high water content, up to 92% in some specimens.

Coupled with cauliflower’s high levels of fiber and low caloric content, that makes this vegetable one of the most effective diet foods. Thanks to all of its advantages, cauliflower can be a nutritious addition to any diet, be it human or canine.

Unfortunately, there is just one problem when it comes to cauliflower…

Most people realize that eating cauliflower, along with other cruciferous vegetables like broccoli and cabbage, produces bloating or gas. This occurs because cruciferous vegetables contain high amounts of raffinose, a complex carbohydrate that’s pretty difficult to digest. Instead of digesting in the stomach and small intestine, cauliflower is digested by the bacteria in the large intestine. As cauliflower gets processed, gas is produced as a side effect. This gas remains trapped in the gut, which causes bloating, or is released as what’s commonly known as a “fart.”

Fortunately, cooking cauliflower can make it easier to digest and curb any resulting gassiness. However, some people still have trouble digesting cauliflower, even if it’s been cooked. The same can be said for dogs. In fact, dogs may have even more difficulty digesting cauliflower due to differences in their digestive system compared to ours. What this means for us dog-owners is that feeding cauliflower to our pets won’t cause harm but will probably lead to some stinky farts.

Other Disadvantages Of Cauliflower

Cauliflower is high in glucosinolates, a chemical compound that can block the body’s ability to absorb iodine. In most cases, glucosinolates only impact individuals who already have low iodine, such as people with existing hypothyroidism. Low iodine due to poor diet is pretty rare in the United States. Therefore, eating too much cauliflower is unlikely to affect iodine absorption in healthy people and dogs, but it’s worth keeping in mind.

As is the case with cheeseburgers, birthday cake, and anything else that makes life worth living, moderation is key when consuming cauliflower. The vegetable may have a few quirks, but the benefits far outweigh the disadvantages. As long as we follow a balanced diet with our nutrients coming from many different sources, an extra helping of cauliflower won’t do any harm.

As long as your dog doesn’t have a cauliflower allergy or low iodine, it’s perfectly safe for him to eat cauliflower. Just be wary of any stink bombs that may be coming your way!

Offering cooked cauliflower over raw cauliflower can lessen the risk or potency of any post-snack flatulence. If your dog is gassy in general, you can also add a probiotic supplement to give his digestive system a boost.

Cauliflower can be extremely beneficial to dogs, especially if they have a little extra weight. It’s even more nutritionally sound than the ultra-processed dog treats we find in the pet store. While one or two florets of cauliflower won’t wreak havoc with your dog, we already know what too much cauliflower can do by now.

Not only does it make your dog gassy, the extra bloating might make him feel uncomfortable. To combat this, try alternating cauliflower with other healthy treats. Just like humans, dogs need to eat from multiple sources for a well-balanced diet.

Overweight dogs are more at risk for developing certain conditions, like diabetes and heart disease. The key to weight loss is calorie reduction, which is why cauliflower makes an excellent replacement for calorie-dense dog treats. However, it’s not the only option available to us. There are other vegetables that are just as low in calories, safe for dogs, and don’t produce as much gas as cauliflower. Some examples include:

If your dog is overweight, try to avoid giving your dog table scraps and starches, like pasta and bread. Always stick to low-calorie, high-fiber veggies. Before embarking on any changes to your dog’s diet, you should always consult a veterinarian.

Most commercially sold dog foods contain all the nutrition our dogs need. However, they can still benefit from an extra serving of wholesome fruits and vegetables, just like us. Other dog-friendly treats available in your local produce section include:

Certain foods can be toxic to dogs while posing no harm to humans. Being educated on what to avoid is the best way to prevent your dog from getting sick. The foods that should never, ever be fed to our dogs include:

The Key To Dog Health

As pet-owners, all we want to do is provide the best quality of life possible for our beloved pooches. Cauliflower and other vegetables can only do so much to keep our pets healthy.

Our dogs should also get plenty of sleep, exercise, training, and playtime with their human family members. As long as our dogs have a balanced diet and lifestyle, they should be able to have as much cauliflower their stomachs—or our noses—can handle.